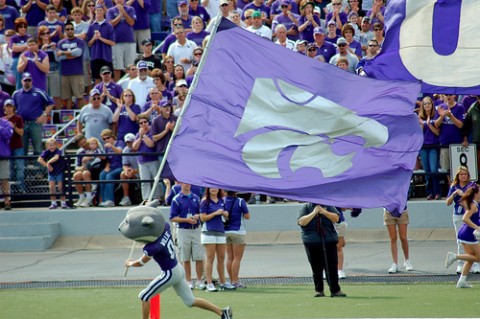 Since then, Willie the Wildcat has changed many times and currently has an appearance that is heavily influenced by K-State’s Powercat logo.

The current Willie the Wildcat was introduced in 1997, his head weighs five pounds and has an electronic cooling fan. While the K-State student inside the mascot costume is kept secret and changes every few years, the attitude of Willie the Wildcat has remained the same.

Willie the Wildcat likes crowd surfing and does one pushup for each point on the board for K-State when the Wildcats score a touchdown or make a field goal.