The Gaylord Family Oklahoma Memorial Stadium is the football stadium for the University of Oklahoma Sooners in Norman, Oklahoma. The official capacity of the stadium following recent renovations is 82,112, making it one of the largest college football stadiums in the United States.

The record attendance for an Oklahoma Memorial Stadium crowd was set during the 2008 home game against Texas Tech University with 85,646 in attendance. 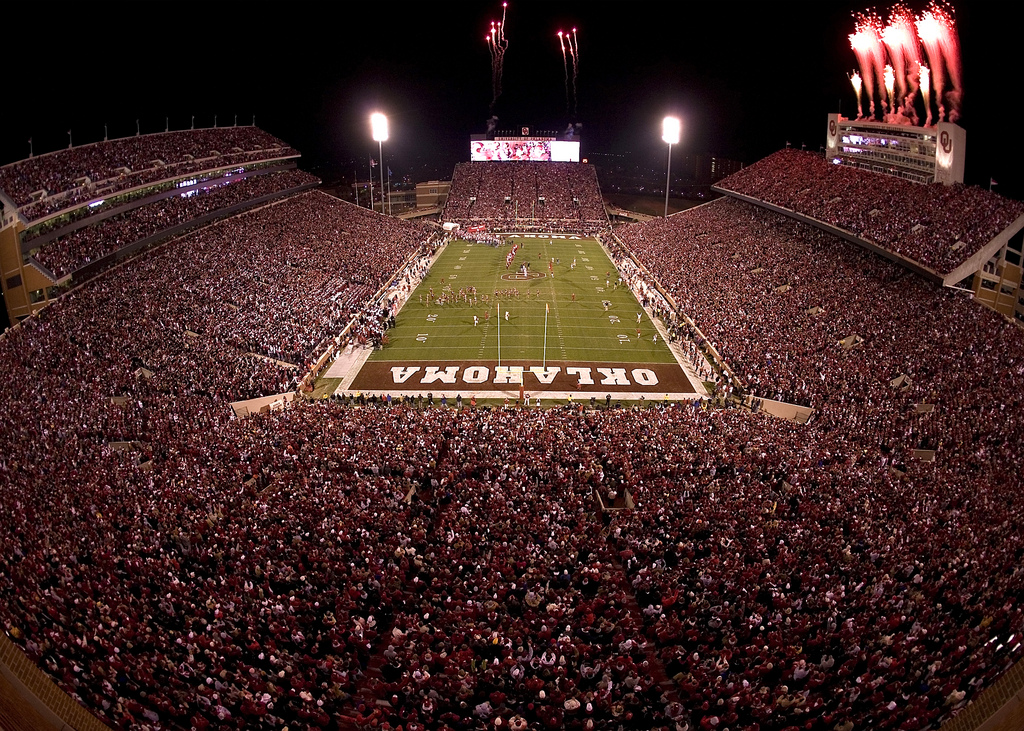 The first game played at the current stadium site was in 1923, with the Sooners defeating Washington University. When 16,000 permanent seats were built on the west side of the stadium in 1925, the new stadium was named Oklahoma Memorial Stadium in honor of OU students and faculty that died during World War I.

Oklahoma Memorial Stadium was constructed at an approximate cost of nearly $300,000, and coach Bennie Owen helped raise the money. To honor Owen, the playing surface was named Owen Field.