Boone Pickens Stadium has been home to the Oklahoma State University Cowboys football team since 1913. Lewis Field, as it was known until 2003, was left largely neglected with only modest renovations throughout its existence.

With the resurgence of OK State football sparked by the 2001 victory over the Oklahoma Sooners in the annual Bedlam Series game and the subsequent Houston Bowl victory, interest grew for a major overhaul of Lewis Field. A fundraising project for the renovation became the flagship effort of the Oklahoma State athletic department. 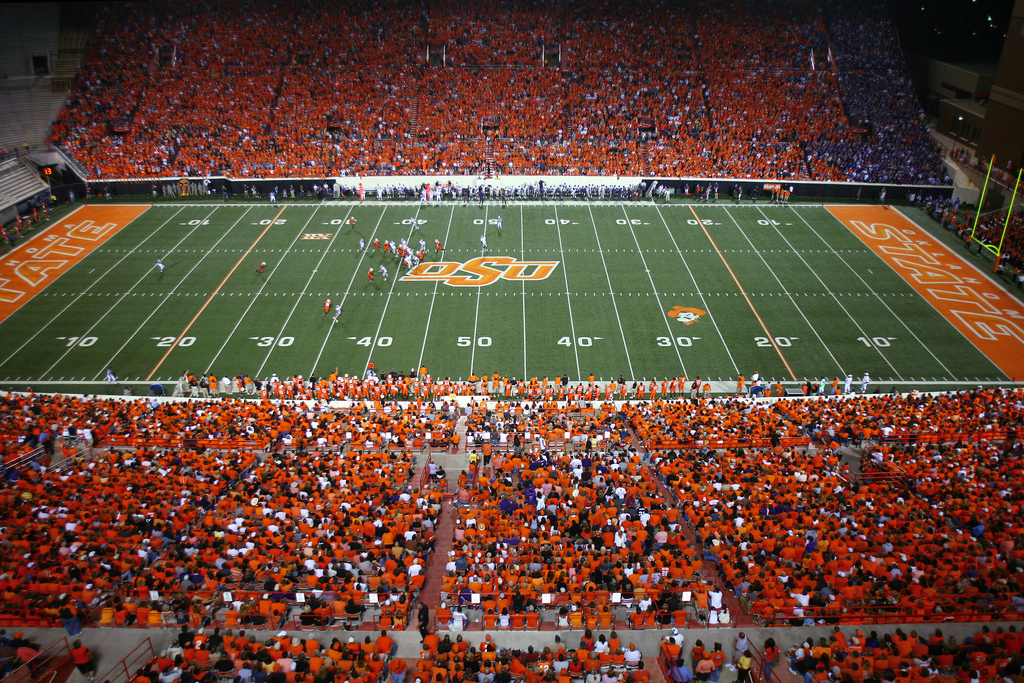 Lewis Field was officially renamed Boone Pickens Stadium during halftime at the 2003 football game versus the University of Wyoming. The playing surface is still called Lewis Field.

The stadium’s name was changed to honor T. Boone Pickens, a Texas oilman and OSU graduate. Pickens donated $165 million to Oklahoma State, the largest single donation for athletics to an institution of higher education in American history.