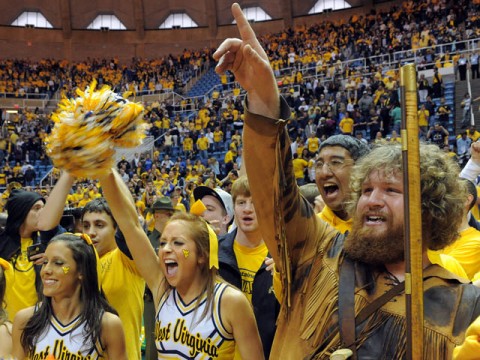 The WVU Mountaineer’s costume is customized to fit each recipient, and male Mountaineers grow long, bushy beards to go with the coonskin cap and rifle, although the beard is not a requirement for the mascot position.

The first down cheer is another WVU tradition and is heard during home football games prior to the announcement of a first down. Mountaineer fans raise their hands and cheer in unison until the first down call is made. Following the call, the fans lift their arms up-and down three times, clap, and then signal to the end zone chanting first down.