Bill Snyder Family Football Stadium opened as KSU Stadium in 1968 with a capacity of 30,000. It was the replacement for the on-campus Memorial Stadium, which had hosted K-State football games beginning in 1922, and is still standing today. The first game played at KSU Stadium was on September 21, 1968. Kansas State shut out Colorado State 21-0. Bill Snyder Family Stadium has a capacity of 52,000 today. 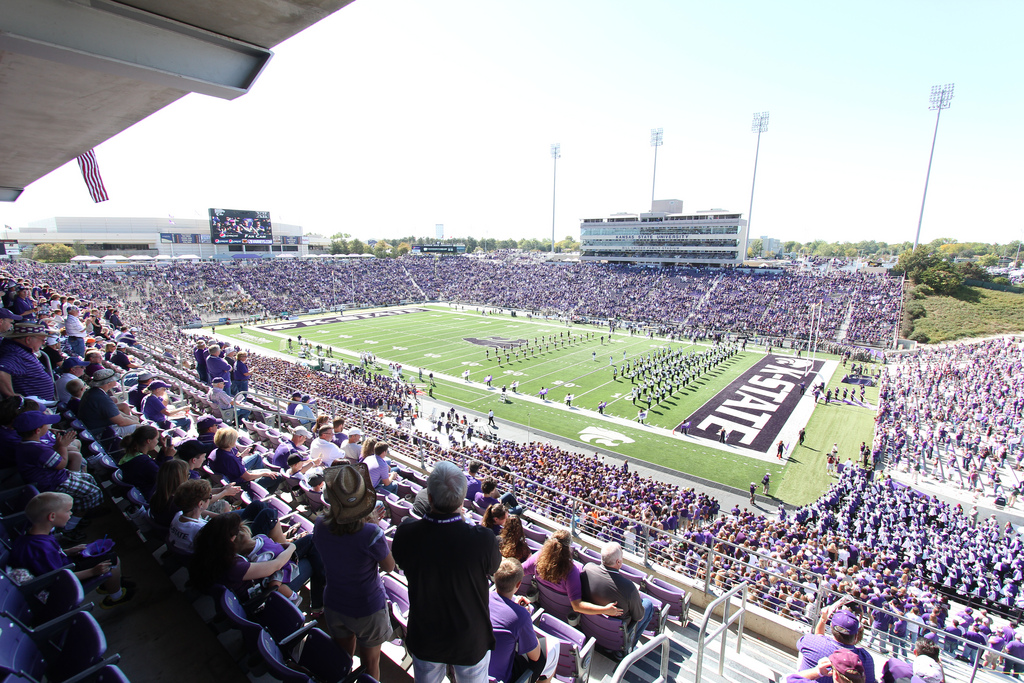 Before the final game of the 2005 season, Kansas State offered retiring head coach Bill Snyder the opportunity to rename KSU Stadium. Snyder had turned K-State, once one of the worst college football teams, into a frequent championship contender in the Big 12 Conference.

When he was asked about renaming the stadium, Snyder told the school officials, “If you are going to do it, name it after the people that I care about the most.” Therefore, the KSU Regents renamed KSU Stadium to honor the family of the coach who had led K-State for 17 years and retired as the school’s winningest coach.